skip to main | skip to sidebar
Welcome to my blog! Thanks for reading!

We had looked forward to opening day for months! The opening game was at Soccer City and Katie and I had plans to go to the fan park to watch the game ... but hours and hours before the game the signs on the motorway said the fan park was full and to avoid the town! We headed down to the faithful Dubliner but that too had a queue reaching down the street! Another bar had a R100 cover charge and we ended up in an artsy bar with a great view of a tv! We ate there and then wandered down to Green Point Stadium for the first game in Cape Town. The fan walk was amazing (pictures on future posts) and this opening game was the only one that I went to where there were stewards incharge (they soon went on strike over low pay and the police took over!). Good times. The atmosphere was amazing, the game was pretty average. The most exciting part was where the announcer pronounced "There will be a substitution for Paraguay ... I ... err... mean Uruguay!". Diego Forlan hadn't mastered the art of finding the net and France hadn't exercised their abilities on or off the field at this point. 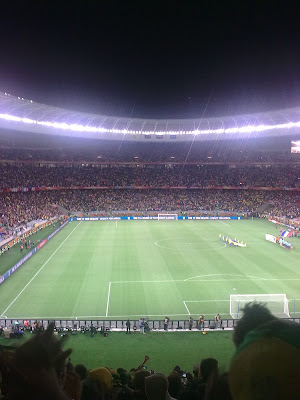 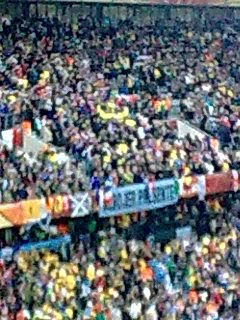 The photo is pretty foggy but there's always a Scottish flag somewhere or other. Even if they never qualify for a World Cup tournament ;-) 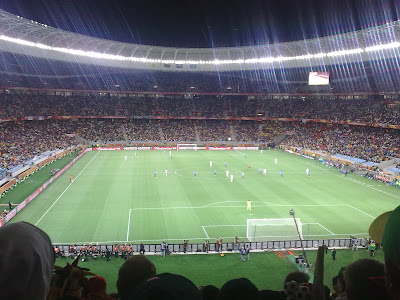 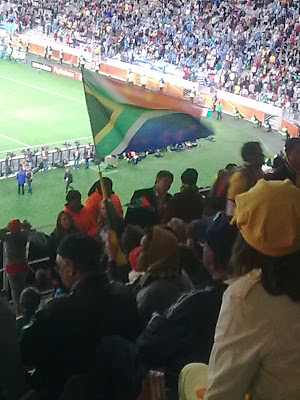 The South African flag was shown at all the games! And everyone's favourite ... the vuvuzela ... 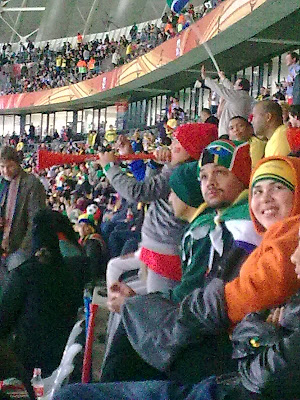