skip to main | skip to sidebar
Welcome to my blog! Thanks for reading!

I suggested to Erin that while she was in Africa we must see some animals. And not just the strangely proportioned sheep we'd seen at the side of the road or a field of ostriches!! We stayed in a thatched cottage (hut?) at the Garden Route Game Lodge and had a ball! 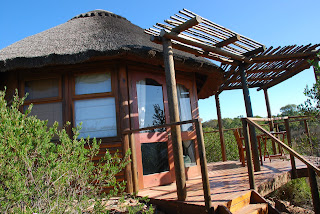 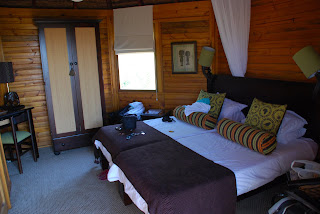 Our guide (Hannis, I think) was very knowledgeable and passionate about all the animals!!

Mrs Rhino had had a baby since I was there last October. A wonderful bundle of joy (45kg, 95lb at birth!) 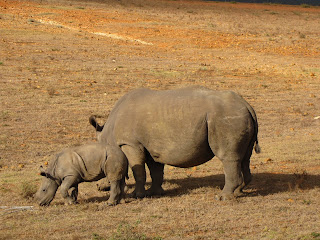 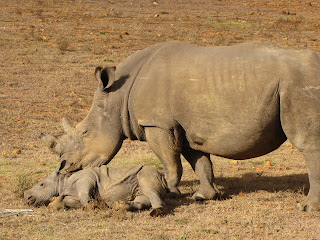 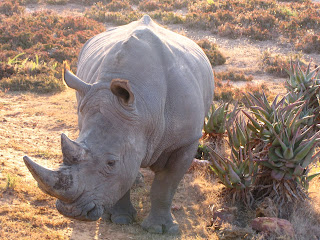 Papa Rhino keeps away from the Mrs for now. 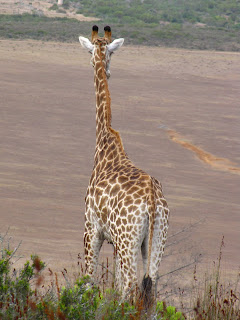 The Giraffe is actually a facinating creature!! Their necks have the same number of vertebrae as humans, only bigger! They have the largest hearts of all creatures. They sleep for between 20 minutes and 2 hours per day. They take part in an activity called "necking" (I'm sure it'll catch on in Glasgow) where they swing their heads at each other. The longer the neck and larger the head - the bigger the blow to the opposition. Might be a worthwhile fighting strategy!! 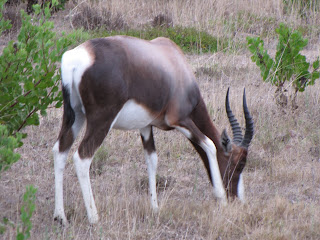 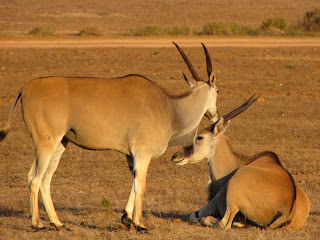 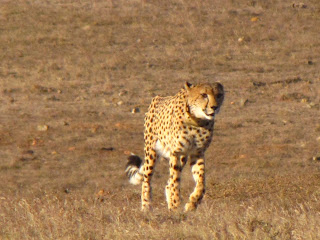 We had an amazing view of the cheetah as it wandered past the truck! Absolutely fantastic. 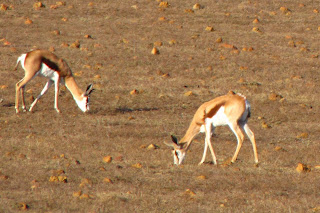 Springbok! We heard alsorts of stories about how the colouring of the animals helps with heat dispensing and confusing predators and alsorts. 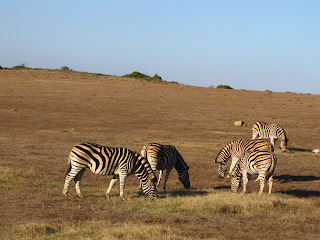 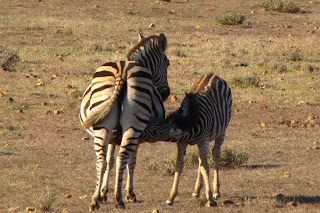 When I was there in October last year there'd been a naughty elephant which got a bit close to our truck (while flapping it's ears and running!!- http://nomeawayfromhome.blogspot.com/2008/11/elephant.html)

This visit there were 2 new elephants who are in rehab after becoming a little less cooperative while doing elephant rides, and depositing visitors onto trees! The aim at our time of visiting was to not get too close to the elephants to help them become less aquainted with human contact. For a while they were happy to play with each other. Then they got a bit interested in us and came to have a look ... we were in a big truck which kept stalling out! Good choice to reverse out of the back gate rather than drive through the elephants path. 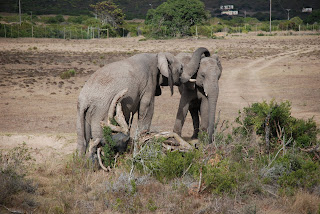 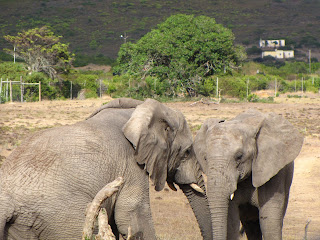